Get away from it all and experience coastal Georgia first hand. Come stay at historic McIntosh Manor RV Park located just off highway 17 in Townsend, Georgia. McIntosh Manor RV Park is the perfect place to unplug, unwind, and just get away from it all. Take a relaxing walk under the majestic live oaks or spend the day kayaking the winding Sapelo River. If you are looking for some family friendly offsite activities and adventures, be sure to review our suggestions below.

Tuckaleechee Caverns is first on the list and known as the “Greatest Site Under the Smokies”. The caverns are estimated to be between twenty and thirty million years old, and rich in history and lore. Take a guided tour of Tuckaleechee Caverns and experience the 210 foot top to bottom “SilverFalls”. “SilverFalls” is the tallest subterranean waterfall in the Eastern United States. Millions of cave formations can be viewed while touring the 1.25 mile cavern adventure. 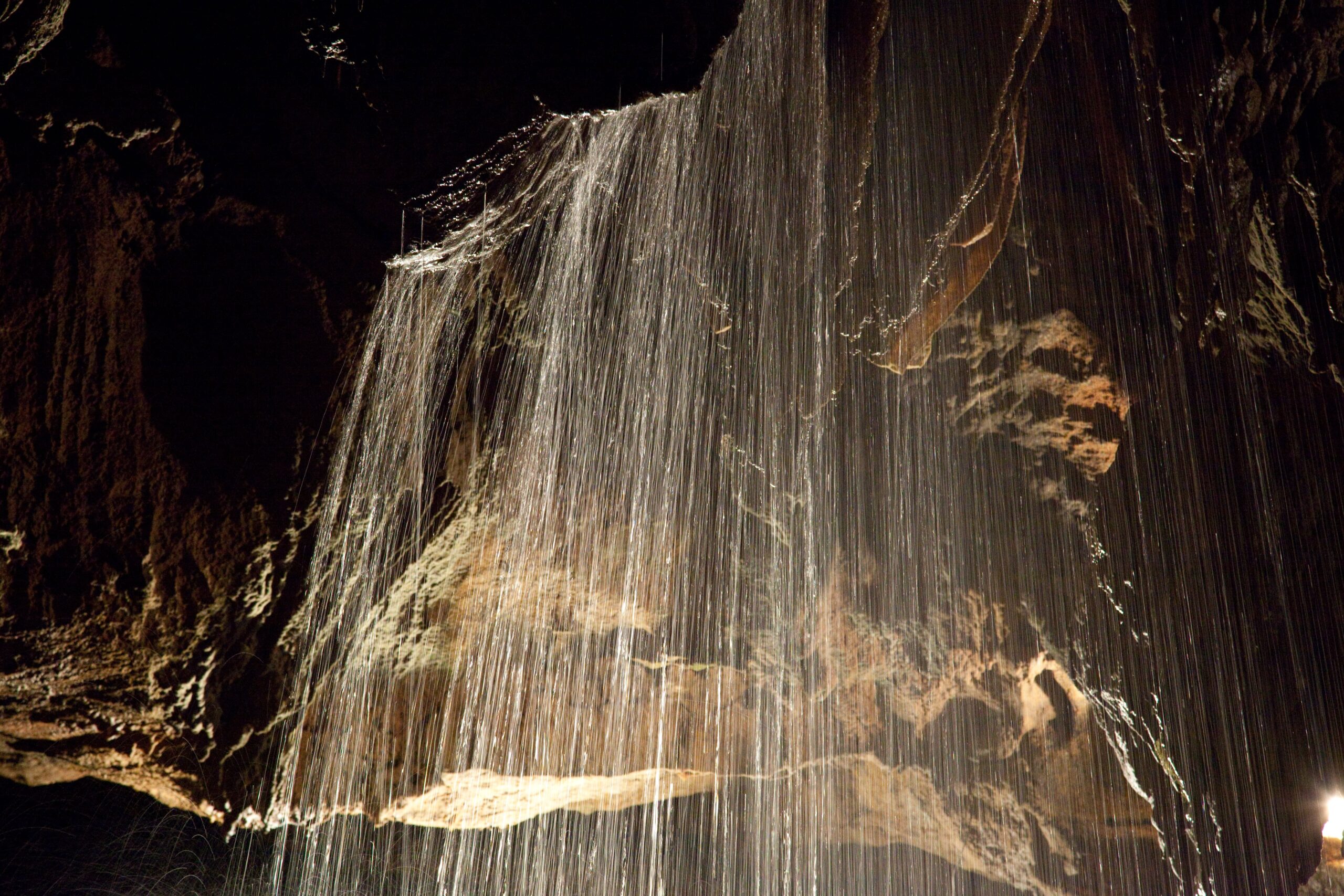 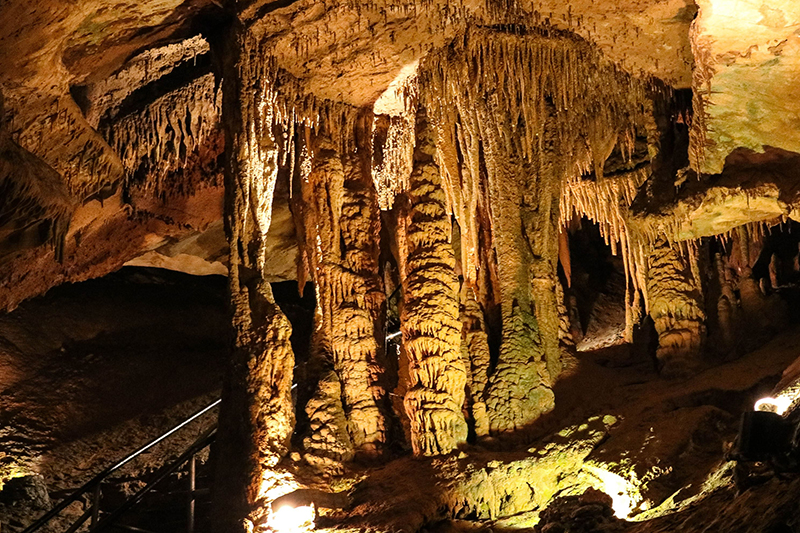 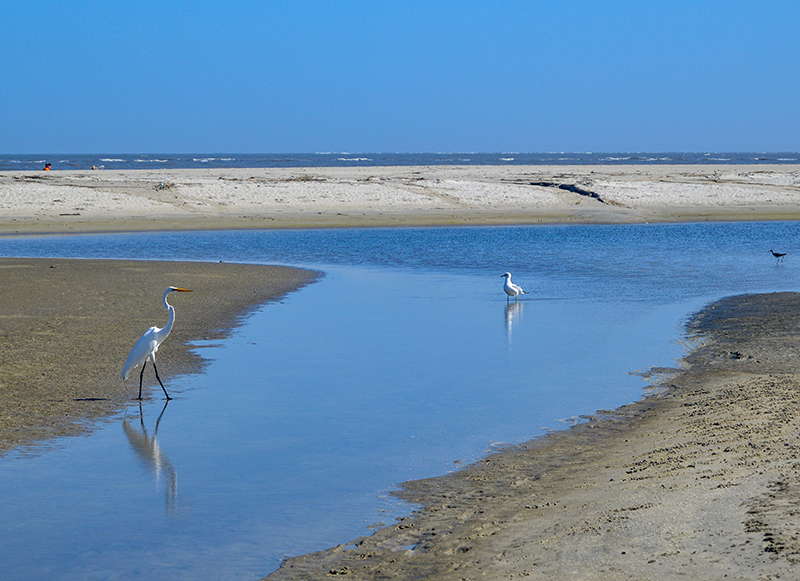 If you are staying at McIntosh RV Park you will not want to miss the opportunity to visit nearby Little St. Simons Island. Little St. Simons Island is a barrier Island located on the coast of Georgia with over 10,000 acres of land and 7 miles of beautiful beaches. The island is only accessible by boat and requires advanced booking arrangements through the lodge office located on the island. The lodge can accommodate up to 32 guests and offers kayaking, biking, hiking, fishing and guided ecological tours. Make sure you call in advance to schedule a day trip or an overnight stay.

Next on our list of must see places near McIntosh Manor RV Park is Fort Frederica. Fort Frederica was established by James Oglethorpe in 1736 as a colonel fort and settlement. It remains this way today. The grounds boast beautiful trees and stunning water views with a friendly and knowledgeable staff available to answer any of your historical questions. Take a self guided tour and learn about how Fort Frederica helped protect the southern boundary of the British colony of Georgia from Spanish raids. 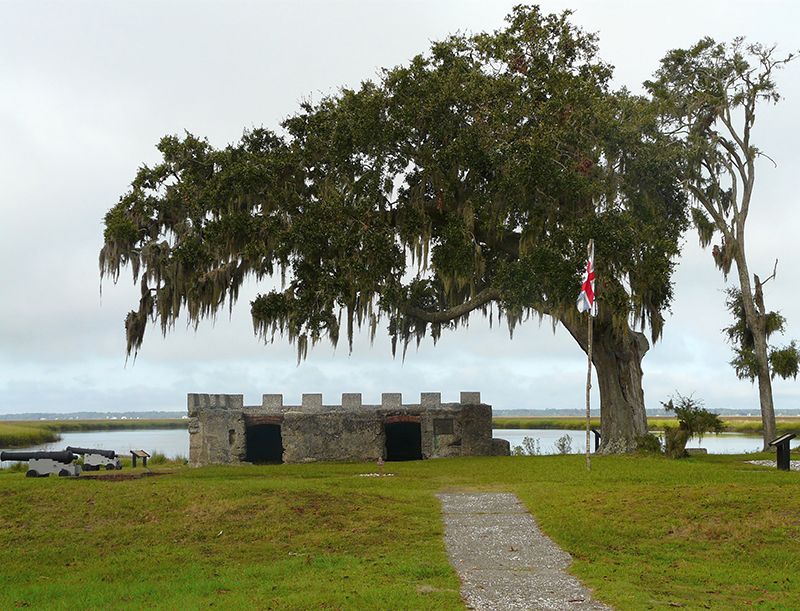 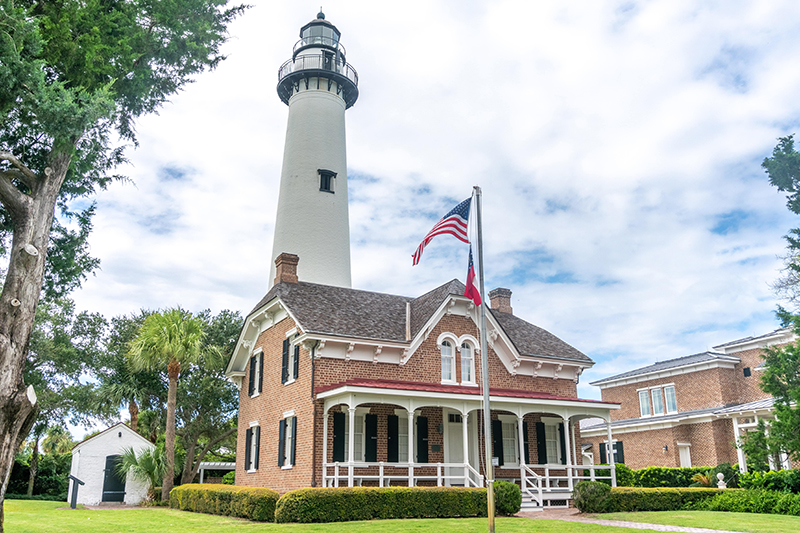 Last, but certainly not least on our list of places to visit near McIntosh Manor RV Park is the St Simons Island Lighthouse. St. Simons Lighthouse is 104 feet tall and beams a light 23 miles out to to sea to guide ships into St Simons Sound and warn of the numerous sandbars in the area. Take a guided tour of the lighthouse and walk up the 129 circular steps to the top. Be sure to visit the Lighthouse Museum Store and pickup a souvenir.

Other Nearby Townsend, Georgia Attractions

Harris Neck National Wildlife Refuge – Harris Neck National Wildlife Refuge was established in 1962 and consists of 2,762 acres of saltwater, marsh, grassland, and mixed deciduous woods. The Refuge offers a drive by tour with stops and walking trails throughout the park. Enjoy seeing wood storks, cattle egrets and blue herons among some of the many wildlife.

Colonels Island, Georgia – Colonels Island is a remote inhabited island in the U.S. state of Georgia. The island was named for the many colonels who established plantations on it. Prior to the arrival of the Europeans, the island was owned by the Guale Indian Kingdom of the Creek Nation. Part of Liberty County, Georgia, Colonels Island was home to Colonel Alexander Herron’s plantation, called “Herron’s Point”.